Why had he ghouled her? Yes… he remembered, he had thought he was protecting her, sort of, a lot of that time was manipulated, so on that he can’t really be sure, but that must have been it.  Ghouling, that should have been the extent of it.  She got the benefits – hah! if you can call them benefits – of his vampiric nature without the full burden of the dwelling Beast within.

Then THAT night, when she lay in a pool of her own blood, broken, edging downward toward that peaceful darkness… was it selfishness, was it jealousy, was it loneliness that drove him? It was probably a bit of each, along with seeing her there with no one even offering to help. He had planned on offering her the Embrace, but that was to be a ways into the future where she had the choice to decide and not have it thrust upon her. But fate had stepped in and taken that away. He transfused the blood he had just drunk into her, making her a vampire without becoming her Sire. 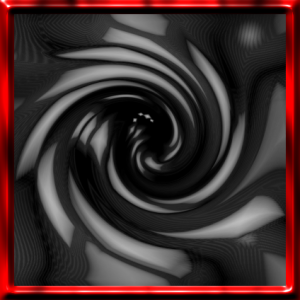 Daloki was spiraling into darkness

From that point on he had watched her slow and steady descent into the darkness. He knew that spiral all too well – he had taken that path himself. He saw more and more of the darkness creeping into her soul, more and more contempt for life and decency. His deception that led her into the Sabbat tormented him. He knew the dark deeds she indulged in with such vigor, even to this day. He knew she hated herself.

And now he knew he couldn’t let her continue like this.  He knew that it was the only option available to him to finally give her some peace.  He knew Daloki must die.