(What follows is the second part of a blog written by Elexin and Daloki, originally published on Rolepages.com.)

Elexin and Daloki spent her last evening together.  She liked odd movies from Earth, so he had let her pick the vid. She had chosen a sort of movie about hope, and she had actually teared up a bit as a song was sung, snuggling deeper into the crook of his arm, and he didn’t mind that. He sniffed her hair, trying to remember her scent, feeling her life force, and when he knew she was relaxed had gently Dominated her and took a quick copy of her with a soul stone. He wanted something, anything to remember her by.

The next evening when they entered the tavern, she looked as giddy as a schoolgirl, taking and holding the attention he was adorning her with.

They had been talking quietly for some time when Elexin smiled, though his eyes seemed a bit distant, almost sad. Then he looked deeply into Daloki’s eyes. “Care for a dance, Doll?”

Elexin stood, extending his hand, taking hers in his, pulling her to her feet. His voice seemed to be as soft and gentle as a breeze. “Sing this, Dal.” He began to hum as they started waltzing in slow, hypnotic circles. The others in the tavern could almost hear a melancholy violin and cello playing. Some of them smiled to see the two who had fought so often in such loving harmony for a change.

{He pushed a bit of his blood control over her. He would ease her into the song, into the peace she so richly deserved, if he could just keep his nerve. Part of him wanted to call the whole thing off, but in the end, he kept telling himself it was the only humane thing to do.}

Dal flowed into the dance and listened to his humming, then picked up the song. Elexin smiled and joined in. She felt very peaceful, almost sleepy. He pulled her head to his chest as they continued spinning and singing. 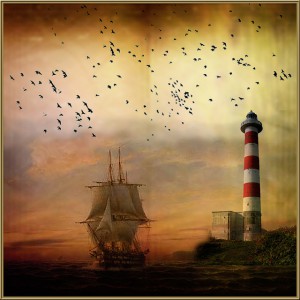 {His mind gently stroked her consciousness ” Relax my love! Let all your cares float away.  Close your eyes Doll and rest.”}

It’s so long since they’ve been so happy, Dal thought, and as she sang, her left arm crept farther up over his shoulder, and she closed her eyes.

{That’s it, Doll, let everything go. You have run the race as best you could. Now it is time for you to rest.}

Daloki had no troubles now; there was only the warmth of his body and the song. She continued singing with the soft smile that hardly anyone ever saw.

As they finished singing, an all-encompassing silence hung in the air. An odd spinning vortex of Void appeared near them, but they seemed oblivious as Elexin raised her head and placed a gentle kiss upon her lips, and then…

He plunged his suddenly sharp-taloned hand deep into her chest, ripping her heart from the wound. As Dal began to collapse against the arm that had been around her waist during the dance, there was just an instant’s look of shock in her eyes before they clouded over and closed for good. He held up the heart and wrapped it in dark matter, causing it to vanish. Then gently, as if with a child asleep, he scooped up her limp form.

“I do love you, Daloki, and this is for the best.” He tore a lock of hair from her head before tossing her lifeless body into the swirling emptiness, watching her atoms dissolve as tears of blood fell from his eyes.

Daloki’s friends were motionless with shock just seconds too long before attacking. As silver spears were launched toward him, as a lycan began to transform and charge, Elexin pressed something on his wrist, seemed to waver a few seconds, and then vanished.

*Our preferred version of Hushabye Mountain