Then a simple act of friendship came back to bite her. Asmodelius had led Dal, her friend Raelin, and a few others into Limbo, the top layer of the Hells, to recover soul stones of Raelin’s kindred, the Nyxarians. All at once Dal found herself charged with theft from the Hells – and Asmodelius, who was by then no longer King of the Nine Hells, had vanished utterly. Saying he had authorized recovering the soul stones didn’t make the slightest bit of difference during her trial.

Basically, she was railroaded in the Court of the Hells by the new King – the dreaded creature Wyrm. He sentenced her to nine days of torture, one on each level. Elexin didn’t even come to see her before she was dumped into the Hells.

Since Level 1, Limbo, is not torturous, she began her sentence in the second circle, Nocturne, a level of sexual torture, and ended in the Abyss, where souls experience every possible barbarity and bestiality every second, from all points of view. She came out of this with her mind shattered into multiple personalities, her hair turned white, and paranoid schizophrenia. 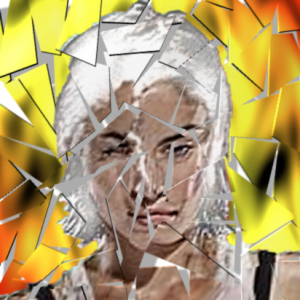